Breaking Down the Difference Between OTT and Local Affiliate

It's essential to understand the difference between over-the-top (OTT) media platforms and local broadcast affiliates to have a complete grasp of the ever-evolving broadcast landscape. Both produce broadcast TV and radio content regularly consumed across the country.

While the average consumer may not distinguish between the two, the different ways they operate have significant implications for consumers, media companies, and marketers. These differences made headlines in 2017 when NBC's venture into OTT services left out many local affiliates. That particular dispute has been resolved, but OTT services’ rise continues to disrupt traditional broadcasting.

There are Ad-Supported Video on Demand (AVOD) platforms like Pluto TV, where the platforms generate their revenue by interspersing their content with ads. Subscription Video on Demand Platforms (SVOD), like Netflix, make money by allowing customers to access their content for a subscription fee. There are also multichannel video programming distributors (MVPDs), including platforms like Hulu + Live TV or Sling TV. MVPDs combines live broadcast and prerecorded content and distribute this content online to subscribers, bypassing cable and radio outlets.

These platforms are incredibly popular, and demand for streaming services increases each year to the point of straining the Internet. Netflix, Amazon Prime, and others crowd the field, along with broadcast company OTT offerings like Peacock.

This glut of choices has consumers figuring out what to keep and what to cut based on the value of the content provided and cost. However, as more media companies enter this space, some clear winners are emerging, smaller players are exiting or consolidating, and subscriber prices are rising.

What Are Local Affiliates?

As large as they are, traditional media companies like ABC or NPR don't have the resources to have a station in every region of every state. Furthermore, the FCC bars media companies from owning and operating too many networks. Large media companies work with local (or network) affiliates, which are local TV and radio stations they rely on to produce locally relevant content.

Local affiliates sign network affiliation agreements that outline revenue- and profit-sharing agreements, like shared quality standards and other terms. When you turn on NPR in your neighborhood, your daily programming isn't coming from a radio station where NPR is headquartered in Washington DC. It's coming from a local affiliate.

As OTT services, especially MVPDs, have grown in popularity and prominence, local affiliates have found themselves placed in a position of increasing competitive disadvantage that threatens their very survival.

What Are The Key Differences Between Them?

Examining their differences better illustrates why local affiliates are facing dire straits. Local affiliates, which are content producers, rely on advertising, while MVPDs leverage a combination of subscriptions and advertising revenue to earn income. MVPDs typically acquire content through licensing deals and, in some cases, in-house production resources.

However, MVPDs are continuously searching for new content to distribute. Some have negotiated deals with national broadcasting companies to distribute their content. Typically, the national broadcasting companies have only negotiated on behalf of the affiliates they own and operate, not those network affiliates that operate independently. As a result, many of these smaller stations were forced to pursue separate deals with these MPVDs.

But without the negotiating power of a network behind them, they've found negotiating a fair deal has been challenging. In regions with a local affiliate, consumers might tune into their local affiliate's channel through their MVPD's app and find nothing but dead air.

Some MVPDs had been negotiating collectively with groups of independent affiliates, asking them to share in a percentage of what remains after the network finalized agreements. While this hasn't been ideal for local affiliates, the alternative is losing access to the same platforms that consumers are increasingly using to consume content, especially as traditional consumption methods decrease.

Consumers may not recognize the difference when they turn on their smart TV or access their favorite TV show through an app compared to using their cable box. The two have similarities, which aren’t obvious to the home viewer. Both benefit from ad sales.

Digital marketing agencies and broadcast TV stations buy programmatic OTT ads the same way, and marketers purchase TV ad space through programmatic buying on OTT platforms just as they do from local affiliates. Neither has an advantage over the other.

Both OTT platforms and local affiliates provide broadcast content to audiences, but OTT services are fundamentally different. Their increasing popularity, revenue, and bargaining power continue to transform the broadcasting landscape. 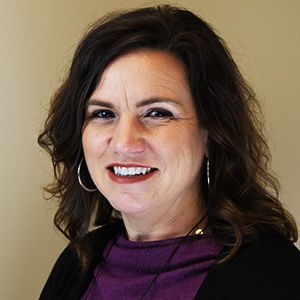 Emily Wideman is a Digital Marketing Consultant for Federated Digital Solutions. Emily brings over 20 years in media marketing as both a leader and a marketing consultant. She has experience in advertising sales, broadcast TV, radio as well as sales management. Her passion for helping local businesses solve their marketing challenges is what drives her. The marketing experience Emily brings to the digital world allows her to not only be a consultant on digital but also a consultant with all her clients marketing needs.